One of the most critical pillars of education for an herbalist is an understanding of the degrees of intensity when it comes to different healing substances. Yet, even though this is the case, in modern herbal literature we do not see this issue handled very often, when it is even addressed at all. The prevalent classification system used in many places is rigid, and in some ways even unfair: a plant is either a weed, an herb, or a poison. Two of these three words a real herbalist hates; no plant is a weed, no plant is a poison in its truest sense. As Hippocrates says, everything is medicine and everything is poison, depending on the knowledge of the physician. It is this concept that I want to talk about a bit here, since it is one of the underlying tenets of advanced herbal medicine as a whole.

In Unani Tib, the Arabic rendition of ancient Greek medicine, all healing substances have three basic degrees: common, strong, and very strong. A common substance is what we might consider to be just a “food.” It is something we can consume large amounts of, and which will only gradually impact our health and overall constitution. Anything we can eat a meal’s amount of without exhibiting significant immediate health or illness effects from falls into this category. The second degree is a “strong” substance, which is capable of significantly impacting our health in a short amount of time, usually within seven days. Not only are these substances faster, but they are twelve times as strong as a common substance, meaning that consuming 1/12th as much as a common substance will still have strong effects. This is the category which contains the entire spectrum of what we typically consider healing substances today. All of your usual herbal and minero-herbal compounds fall into this category. Third, beyond strong substances, are very strong or third degree substances. These are capable of radically impacting the body in one-twelfth the time of a strong substance. So, since a strong substance transforms the health within seven days, a very strong substance does so within half a day. Again, it is effective with one-twelfth the dosage, thus reducing the effective dosages of these substances to as low as twenty milligrams.

All of these can also become “poisonous” in accordance to the rapidity and quantity that their degree suggests. For example, eating large amounts of sweet foods will amplify the water/kapha/phlegm problems in the body gradually, but within a week the person will feel very heavy and within a month anyone would see considerable weight gain and a decline in health. Taking an herb with the same water-element types of properties excessively and without balance will result in the same problems, but will require considerably less quantity of the herb than of the foods, and the symptoms of a health crisis will occur as early as a few days. Finally, taking a healing substance of the third degree without any balance or care will result in acute water-element problems, sometimes in as little as thirty minutes. In this way things which would otherwise heal us can produce disease, but only as a result of human error. This concept is echoed as thoroughly in Charaka or Hippocrates as it is plainly stated in Ibn Sina.

Within the third degree of “extraordinary medicines” we can imagine several other degrees as well. Different classical authors arrange these variably depending on the purpose of their work, but a sort of underlying structure can be glimpsed all the same. Within this third degree of healing substances one can envision four levels, three of which are alchemical in nature:

The first level of extraordinary medicines are those which are so strong they are only used in small quantities, but they do not require any special processing to be used. These substances tend to be purgatives or emetics, meant to trigger a somewhat violent reaction from the body in order to expel and reduce the disease-causing substances of the body. They usually have a very fast reaction, either within a few minutes or within an hour. Castor oil as a purgative can be considered a soft example of this class of medicine. A strong decoction of licorice root or Madanaphala is an example also.

The second level pertains to the class of substances which require special cooking or boiling processes with specific ingredients in order to purify the medicine and make it suitable for human consumption. These range from those requiring only a soft purification, such as a single day of work, to those herbs which require weeks or more of processing to be usable.

The third level contains healing substances which require minerals and metals of various types, as well as herbal juices, to make suitable for the typical human body. These are metallic medicines that need to be subjected to lengthy processing, sometimes taking months and using dozens of different ingredients in the process.

The second, third, and fourth levels of extraordinary medicines all additionally possess a unique property which allows them to deliver any other medicines they are combined with deeper into the body. This is based on the idea that the reason certain substances are poisonous is because of their “tikshna” or sharpness, which makes them enter into deeper levels of the body more quickly. When the irritant components of the substance have been removed this delivery quality still remains, allowing any other herbal or mineral substances in the formula to penetrate deeper into the body as well. The supreme union-substance with this ability is sulfur, which makes it a gem in regenerative therapy. Sulfur plays a critical role not only in the purification and preparation of other alchemical substances, but also in directing their aim to the desired region or system of the body.

For a medicinal herbalist it is important to understand these degrees and levels of potency in order to safely and accurately gauge the needs of a patient. Lethality, impotence, and true effectiveness exist in the dosage, and the dosage can only be determined by understanding the strength of the medicine. Beyond even that knowledge is the necessary ability to determine the digestive power and overall health of the patient, which again can determine whether a substance will be healing or destructive. The former can be learned by careful study of the authorities on the subject, but the latter requires continual practice, application, and guidance. 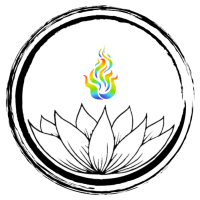 Hidden Elements  provides traditional herbal and healing methods from India, Tibet, and China, with a special focus on advanced processing methods that bring out the true strength of the herbal medicines. Special methods are used to specially prepare herbo-mineral health formulas meant to help a person achieve optimal health, as well as to prepare the body for advanced yogic exercises. Hidden Elements was founded by Daniel Murphy, an Ayurveda consultant and herbalist. Daniel offers his valuable knowledge through 1: 1 online consultations so that westerners have access to a form of healing that is usually withheld or lost in translation.