A potion is only as good as its ingredients. Mixing Essential Oils for Magic by Sandra Kynes (Llewellyn Worldwide Ltd., 2013) is a straightforward, hands-on guide that offers everything you need to understand not only how to blend but also why specific blends work well together. With guidance on the historical and present-day uses of essential oils, you’ll make personal blending an integral part of your spiritual and magical practices. The following excerpt from Chapter 1 explains the history of herbal medicine and essentials oils and how it lead to the invention of Aromatherapy.

To find more books that pique our interest, visit the Utne Reader Bookshelf.

The history of essential oils is intertwined with the history of herbal medicine, which in turn has been an integral part of magical practices. Herbal medicine has been used for more than treating minor ailments and disease; it has been instrumental in providing life-enhancing benefits. In most ancient cultures, people believed plants to be magical, and for thousands of years herbs were used as much for ritual as they were for medicine and food. According to medical herbalist and healer Andrew Chevallier, the presence of herbs in burial tombs attests to their powers beyond medicine. In addition, fourth-century BCE Greek philosopher Aristotle noted his belief that plants had psyches.

Aromatic plants in the form of oil and incense were elements of religious and therapeutic practices in early cultures worldwide. In addition, anointment with perfumes and fragrant oils was an almost universal practice. Burning incense in rituals provided a connection between the physical and spiritual—between the mundane and the divine. The word perfume comes from the Latin per, meaning “through,” and fume, meaning “smoke.” It was a common belief that contact with the divine could be achieved through the smoke of incense.

The ancient Egyptians believed that deities were embodied in the smoke and fragrance of temple incense. In addition, aromatics were used to deepen meditation and purify the spirit as well as to add subtlety to their sophisticated system of magic. Dating to approximately 1500 BCE, the Ebers papyrus is the oldest written record of Egyptian use of medicinal plants. Along with the physical details of plants, the manuscript contains related spells and incantations. It also mentions fine oils for perfumery and incense. Made from healing herbs, many of the perfumed oils doubled as medicines. Likewise, Egyptian priests often doubled as physicians and perfumers. Those who specialized in embalming the dead also used their expertise for the living by creating mixtures to beautify skin and protect it from the harsh, damaging desert climate.

Always a valuable commodity, frankincense was considered the perfume of the gods and was used in temple rites as well as a base for perfumes. Because perfumed oils were highly prized, the use of them remained in the province of royalty and the upper classes. These oils were often kept in exquisite bottles made of alabaster, jade, and other precious materials that were functional as well as beautiful. Some of these flasks retained scent until they were opened by archaeologists thousands of years after being sealed.

When the Hebrews left Egypt around 1240 BCE, they took the knowledge and practice of perfumery with them to Israel. Their temples contained two types of altars, one for burnt offerings and the other for incense. The Babylonians also employed the use of aromatic plants and became a major supplier of plant materials to other countries. Both the Babylonians and Sumerians prized cedarwood, cypress, myrtle, and pine for their deities. The Assyrians were fond of aromatics for religious rituals as well as personal use, and the Mesopotamians used ceremonies and special incantations when gathering herbs. In the thirteenth century BCE, the Mycenaeans used scented oils to honor deities as well as for grave goods. Throughout the ancient world, information flowed from one culture to another, and by the second century BCE there was a thriving trade in herbs, spices, and oils among Europe, the Middle East, India, and Asia.

Some of the earliest writings from India, known as the Vedas (circa 1500 BCE), contain praises to the natural world along with information about aromatics including cinnamon, coriander, ginger, myrrh, sandalwood, and spikenard. Working with herbs was, and still is to a certain degree, considered a sacred task in India. This eventually evolved into Ayurvedic medicine, which is believed to be the oldest system of healing. Its name comes from the sacred Sanskrit language, with ayur meaning “life” and veda, “knowledge.” Written by the physician Charaka in 700 BCE, the Charaka Samhita details approximately 350 plants and is still widely consulted today. In addition to healing, oils play an important role in the religious rites of India. Anointing with perfumed oils is used to purge worshippers of spiritual impurities. In preparation for the funeral pyre, bodies are cleansed with sandalwood and turmeric. Although the tenth-century Middle Eastern physician Avicenna (980–1037) is often credited with discovering the distillation process, archaeological evidence from the Indus Valley in northern India indicates that distilling aromatic plants into oils was achieved there around 3000 BCE.

Herbs are also integral to traditional Chinese medicine, which dates to approximately 200 BCE in a text called the Yellow Emperor’s Classic of Internal Medicine. This system of healing is separate from Chinese folk medicine, which included the use of aromatics in religious rituals. Herbs were also important for maintaining beauty and hygiene. Chinese herbalists influenced the practices of Japan and Korea, as fifth-century Buddhist monks transported spiritual and medicinal information with them on their travels. There was also movement westward as Phoenician merchants traded scented oils around the Mediterranean region, bringing aromatic treasures from the East to Europe—most notably to the Greeks and Romans.

Greek historian Herodotus (circa 484–425 BCE) and Pythagorean philosopher Democrates (born circa 460 BCE) visited Egypt and then distributed the wisdom of perfumery they found there to a wider world. As the popularity of perfumes increased among the Greeks, the medicinal properties of herbs and oils became common knowledge. Unlike Egyptians, Greeks at all levels of society used perfumed oils. The Greeks used aromatics to honor deities at feasts and used perfumed oils on themselves to please the gods because they believed that anything extracted from plants held spiritual qualities. Greek physician and botanist Pedanius Dioscorides (circa 40–90 CE) compiled the first herbal manuscript in Europe, De Materia Medica, which served as a major reference well into the seventeenth century. The ancient Romans carried on the Greek use of botanicals for medicinal and perfumery purposes. In addition, they scented their entire surroundings, from their bodies, clothes, and homes to public baths and fountains.

Elsewhere in the world, the aboriginal people of Australia closely integrated their culture with their medicine and developed a sophisticated understanding of native plants. Their eucalyptus and tea-tree remedies are now used worldwide. In South and Central America the ancient Maya, Inca, and Aztec had herbal traditions that were intertwined with religious rites. Some of the practices from the Aztec, Mayan, and Spanish cultures evolved into modern Mexican herbal medicine. North of the Rio Grande, plants were also employed for both healing and ritual by Native American peoples. European settlers in the New World adapted some of these herbal practices into theirs, and African slaves brought their herbal and religious traditions, adding to the melange. The influence of the Yoruba from West Africa created a rich Afro-Caribbean culture and herbal medicine that still maintains a separate identity.

After the fall of the Roman Empire, the use of perfumery waned as Europe was plunged backwards into the Dark Ages. To escape the upheaval, many physicians and other learned people relocated to Constantinople (Istanbul, Turkey, today), and along with them went a storehouse of knowledge. As European civilization foundered, the works of Hippocrates, Dioscorides, and others were translated and widely distributed in the Middle East. Experimentation with plants continued and the tenth-century physician Avicenna extracted plant essence, producing otto (or attar), the oil of flowers—in this case roses. As European culture slowly recovered, the practice of perfumery was spread by the Moors from the Middle East into Spain, where it became popular. After the Crusades, the perfumes of Arabia were in great demand throughout the Continent, and by the thirteenth century a booming trade between the Middle East and Europe had been established once again.

By the mid-sixteenth century, perfumery had made a strong comeback in Europe. In France fragrance was used as in ancient Rome: on the person, in the home, and in public fountains. Experimenting with local plants, Europeans began distilling lavender, rosemary, and sage oils. While essential-oil blends were popular for masking body odor, they were also used medicinally. Juniper, laurel, and pine were widely used for combating illness, including the plague. In England, physician and master herbalist Nicholas Culpeper (1616–1654) published his great herbal treatise The English Physitian. An edition of this book was the first herbal published in the American colonies in 1700.

For a time the use of herbs and perfumery were stifled with a double whammy: universities and the emerging medical establishment fought to take herbs out of the hands of the so-called uneducated, and the Christian church steered people away from personal adornment in their bid to hold power over people’s lives. As a result, the use of aromatics, even possessing oils and unguents, became a way to identify Witches, and culture again took a backward step. Under Great Britain’s King George III, who ruled from 1760 to 1820, a woman’s use of scents or potions was equated with seduction and betrayal, and was met with “the same penalties in force against Witchcraft.”

Eventually, herbal practices and perfumery made a comeback as attitudes shifted, but by the mid-nineteenth century, essential oils were being replaced by chemicals in medicine. By the twentieth century, perfumes and cosmetics contained mostly synthetic fragrance, which was cheaper and easier to produce. Ironically, a French chemist, Rene-Maurice Gattefosse, was responsible for resurrecting the use of essential oils during the 1920s. After burning his hand in his laboratory, he grabbed the nearest bottle of liquid, which turned out to be lavender oil. Intrigued by the rapid healing effect of the oil, he devoted the remainder of his career to studying essential oils and named his discovery aromatherapy. 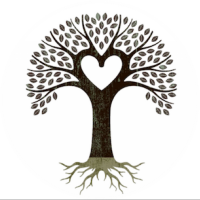 The Seva Tree is a holistic health blog and community dedicated to supporting the happiness and well-being of others on their health journey.

We invite wellness leaders to contribute their knowledge and wisdom for others to benefit in Body, Mind and Spirit. Are you ready to take the lead? Share your wisdom with us!